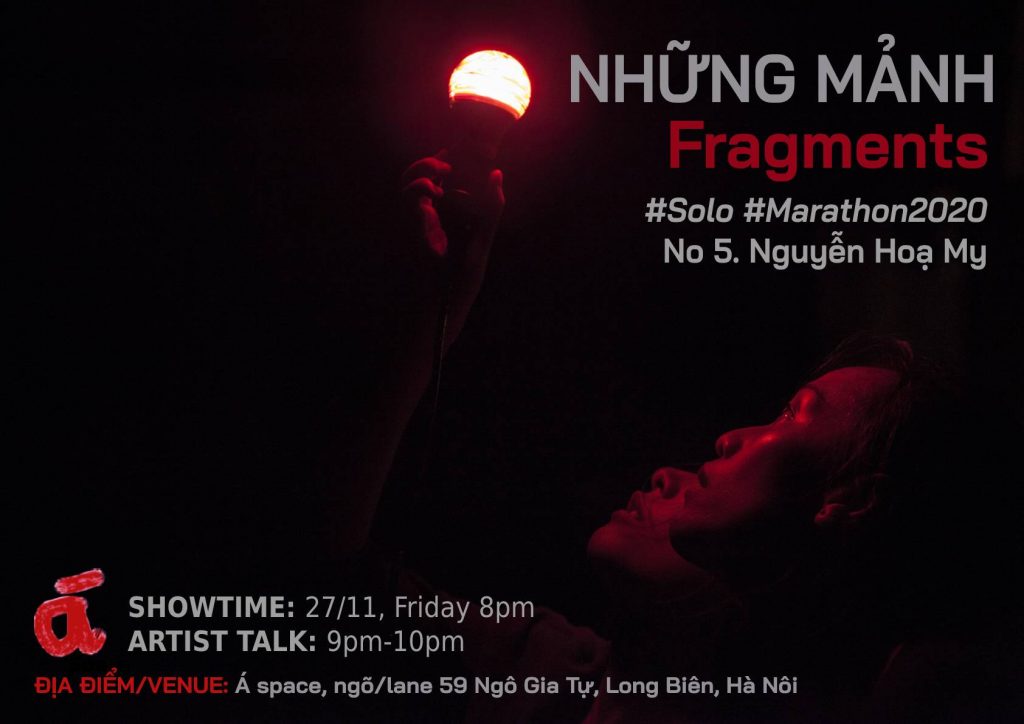 Showtime at 8pm, followed by an artist talk at 9pm.

Notice: The event has limited seats, and is for invitees only

About the artist: Nguyễn Họa My

“Fragments” is a contemporary drama inspired from different excerpts by screenwriter Fernando Pessoa. The drama is a journey that began from human’s souls. It reflects our generation, times when everything gradually falls apart, and people live with fragments of a whole and skim through the surface of all things. The drama stars only three characters: two individuals who are lost in their own essence with ragged souls, trying to put pieces of their conscience out of their destiny, and an incapable god – a symbol of a collapsed spiritual life.

The drama is also an expedition for four artists in the theatre world, an experiment of different acting techniques – Lecoq, Chekhov, Meyerhold – and using a stage exception (an art space instead of a theatre). The work is highly interactive, where the performers and the audience both participate in creating the final work. To form structure, the performance group will pick excerpts with long dialogue, with difficult and hard-to-comprehend philosophy as a challenge: to push the audience to the need of understanding and appreciating the drama through stage designs and acting skills.

Moreover, she picks the form of designing short scenes, following the style of an intimate stage where the line between the actors and the audience is erased. Hence, the audience is placed as the fourth creator on stage.