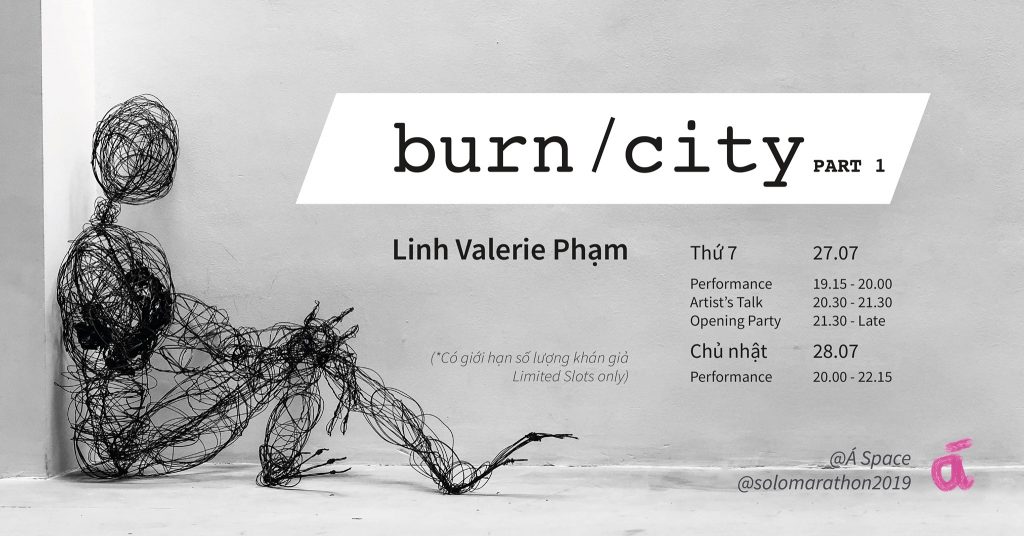 “Time: Now, but not now
Place: Here, but not here

A new experiment on drama, theatricality, puppetry, and performative bodies. Deconstructed. Immersive. A Changeling.
The performance at Á Space is the first Part of burn/city.